In the past 10 years numerous researchers developed methods to allow C-H bond activation and hydrogen substitution with primarily hydroxyl to mimics phase 1 metabolism but also with acetoxy, methoxy, alkyl groups and finally fluorine.

The C-H activation chemistry is divided in 2 main categories: directed chemistry and radical chemistry. Recently C-H fluorination has been described using both type of chemistry. 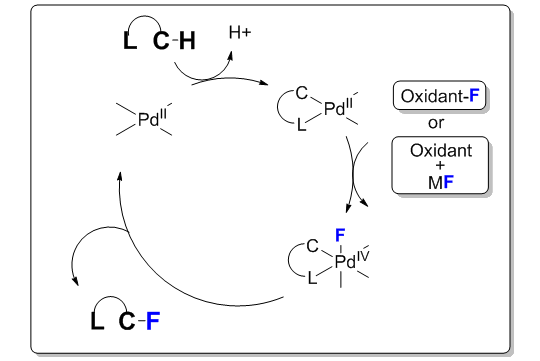 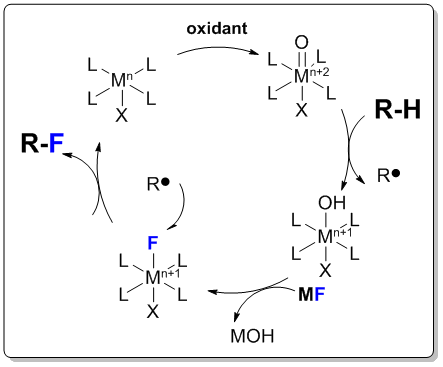 Which fluorination chemistry should I select for my compound?

It is very difficult to predict at which position a C-H fluorination will be done. In a standard drug compound there are often more than 10 carbons that bear one or several hydrogens. The C-H bond can be activated by a nearby chemical group such as an amine, a ketone or an amide it can also be part of an aromatic systems such as a pyridine.

The range of C-H bond reactivity affects the fluorine distribution on the compound structures. Also the type chemistry has different affinities to each type of C-H bond. For example directed fluorination chemistry and radical C-H abstraction usually don’t produce the same analogues.

Contact us to learn how we can help you to generate fluorinated analogues.

We put together this short video to help all our US friends and family get in the spirit for the #July4th holiday weekend! #FluorescenceFriday #photochemistry youtu.be/OiepM6pHLkI pic.twitter.com/ThcgRLDCsd

pubs.acs.org/doi/10.1021/ja… Evidence for multiple roles of the photocatalyst in the commonly used Ir/Ni aryl coupling reaction... aka “The choice of your photocatalyst may be doing more in your photoredox coupling than you think.” #Photochemistry

Our take on the @MelchiorreGroup's recently published paper on EDA complexes and Synthetic Methods in Photochemistry. Great opportunities for new mechanisms without traditional photocatalysts. ow.ly/90ZX50A5k0Q